« A Costume designer’s job is first and foremost the work of a ferryman, a smuggler, a go-between. A Costumer is a medium through which, knowledge, know-how and tradition exist, are recognized, questioned, passed on, queried and renewed. »

It is a woman, Hélène Vindevogel, who founded the Costumier Maghet. Her mother was a seamstress whose employer introduced Helen to the love of the arts and the stage. She left Belgium to try her luck in Paris, the City of Lights, where she started out as an unskilled laborer, first in the fashion house of Poiret, then Schiaparelli before joining in 1931 the costume workshop at the Paris Opera. In 1937 she was named supervisor of the section « Women’s costumes ».

In 1949, the twists and turns of life drew her to Brussels, first to Schaerbeek, then to Center City, rue du Marais, where little by little she created a a foundational capital of costumes which brought together her skills, her creativity and her taste for color and technique. Helen Vindevogel is the source of the tradition, the quality and the creativity still active and alive in the COSTUMIER MAGHET today.

Her son and daughter in law join her in the 30s and contribute to the continuity of the Costumier Maghet who will collaborate, in postwar Belgium, with the Brussel’s Theater scene, from La Monnaie to the late Boeuf sur le Toit.

The Costumier Maghet changes quarters in 1988 with a move into the historic Marolles quarters. And since 1990, under the direction of Corinne de Laveleye, at 41 Rue Saint Ghislain, a new team has breathed creativity, originality and a fresh momentum into the House of Maghet. Maghet has created costumes for numerous shows and theaters as well as for private events providing logistics complete with costumes, make up, millinery as well as fitters, for up to 380 guests dressed and grimed in historic costumes. Chosen themes are as widly varied as XVIIth or XVIIIth Century Versailles , the roaring 20s, Disco or Steam Punk and Burning Man, etc. It is the continuity that Costumier Maghet has built since the lat 20’s that has allowed it to possess a fine store for rentals, a skilled workshop for creation and fittings, as well as samples and a collection of patterns, materials, buttons, ribbons, embroidery, lace, braid, edging, trimming, piping, applique work, passementeries, ornements and stuffs that have imprinted us upon the imagination of today’s costume creators, TV and film costumers, business and private event planners and individuals looking for quality costume for their parties. 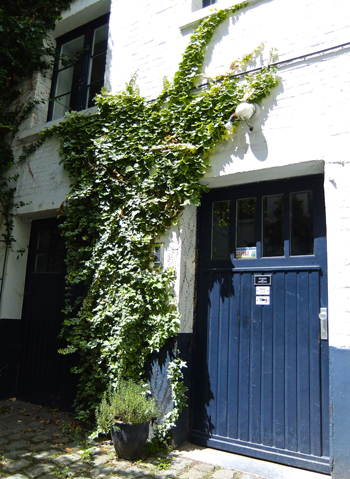